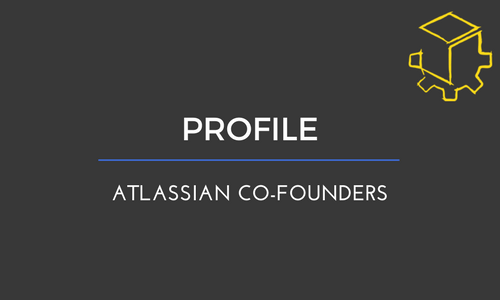 It all started with a $10,000 limit on a credit card. 15 years later, university friends Mike Cannon-Brookes and Scott Farquhar are Australia’s most successful tech entrepreneurs, and their company, Atlassian, is worth over $7 billion.

Atlassian, which develops software that helps manage projects and teams, now has more than 800 employees across the world with offices in Sydney, San Fransisco and Amsterdam. Over 60,000 customers, including giants like Tesla, Amazon, P&G and Coca-Cola, use their software. Farquhar oversees ­engineering and research, whilst Cannon-Brookes looks after product design, sales and marketing.

However, it wasn’t all smooth sailing for the business, and the success of Atlassian is a direct result of the founders’ unwavering vision and grit.

The company was bootstrapped for the first eight years – meaning, no money was raised in that time. Atlassian was profitable and growing rapidly, however any profits made were retained to invest back into the business. Mike and Scott’s major break came in their ninth year of business when US venture capital company, Accel Partners, invested $60 million to grow Atlassian. Since, it’s been uphill from there, however if the pair gave up when times were tough, they never would’ve reaped the success which they enjoy today.

The pair made sure to engage their visions early on.

Over a decade ago, Farquhar and Cannon-Brookes set the goal of reaching 50,000 customers, a milestone they’ve surpassed by 10,000 this year. The founders believe that their success can be attributed to the importance which they placed on planning, something that is very important to the both of them – “You’ve got 168 hours in a week and you choose how to spend it,” Farquhar says.

The cofounders continue to stretch and challenge themselves, and push their comfort zones daily. Through embodying these behaviours, Atlassian had one of 2015’s most successful IPOs (Initial Public Offering) – where they floated the company on the NASDAQ (US stock exchange) and became the biggest, and most successful float of an Australian form on a US market. Without eventually hardwiring these behaviours through training their brains daily, Atlassian would not be the success that it is today.