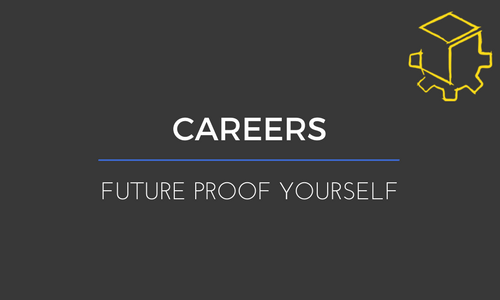 ADAPTING TO THE WORKPLACES OF THE FUTURE

Could a robot do your job, or the job you hope to hold in the future?

For millions of people, the answer is a resounding, deafening yes. A tsunami of automation is on its way, bringing artificial intelligence, driverless cars, nano-technology and robots to the workforce, but threatening traditional jobs in its wake.

Employment as we know it is about to be drastically revolutionised, in fact a study conducted by the World Economic Forum predicts that as many as 5 million jobs could be lost to technology by 2020. Similarly, McKinsey & Company estimates that around 30% of tasks in 60% of occupations could be computerised.

It’s not all doom and gloom, however — this technological revolution will create millions of exciting new career opportunities in sectors that are only in their infancy today. The trick is to be prepared for this shift, but that requires a dive into the unknown — 65% of today’s students will be doing jobs that don’t even exist yet. So, how can you be prepared for something that doesn’t yet exist? Versatility, it seems, is the key.

We’re already seeing disruption in the marketplace, specifically in jobs that only require one isolated skill set. In recent years, for example, many positions that only required mathematical skills have already been automated. So to have bank tellers, cashiers and statistical clerks suffered. However, roles which require predominantly social skills, such as childcare for example, tend to be paid poorly due to the oversupply of potential workers. Studies have shown that a combination of skills is vital for the ever-changing landscape of future employment. 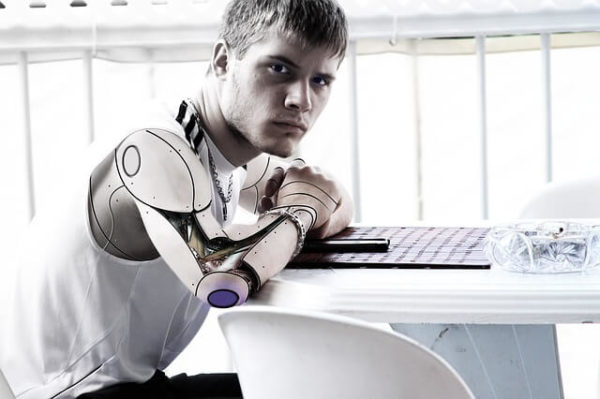 IT’S NOT ONLY ROBOTS

The future will bring much more change than just technology. Employment demands will also shift due to climate change, ageing populations, the rise of the middle class, and the changing role of women in the workplace. The accumulation of automation and these various drivers will ultimately lead to a mass disruption of labour.

The way that we seek and gain employment is also changing. Job matching sites such as Monster and LinkedIn are already changing that way that companies identify and recruit talent, as well as the way that individuals look for opportunities. Independent workers are also increasingly using the internet to offer their services through freelancing platforms such as UpWork and Freelancer, while platforms like Etsy, Airbnb and Uber are challenging conventional ideas about how and where work is undertaken.

Creative and people-focused industries seem safe for the near future, but the rapid advancements in technology make it impossible to mark any sector as truly secure. We can’t underestimate just how much computers could change the working world. Many make assumptions about the indispensability of humans in creation, for instance, but machines are already composing original music and winning complex games online using creative strategies. With this in mind, it’s hard to confidently plan a long term career, unless you expand your skills and change your mindset.

Now so, more than ever, does Richard Branson’s adaptability advice ring true — “If someone offers you an amazing opportunity and you are not sure you can do it, say yes. Then learn how to do it later.”

More and more independent thinkers are realising that traditional employment is the equivalent to putting all your money into one stock – you’re entirely investing in one area that could disappear over night. A better strategy is to diversify your portfolio, and expand your skills.

Futurist Faith Popcorn says we have to becomes as agile as possible, as soon as possible, if we hope to survive in future work landscapes. Her advice is to “have many forms of talent and work that you can provide the economy. She predicts a world in which we’ll all have seven or eight jobs, with average adults working for a number of businesses simultaneously, rather than just working for one big corporation.

For now, at least, there are areas which see a better future than others, as defined by Ford, another futurist. He classifies particularly resilient jobs into three areas —

The first sector of jobs involves genuine creativity, such as being an artist, a scientist, or innovating business strategies and marketing. Ford notes, “for now, humans are still best at creativity but there’s a caveat there. I can’t guarantee you that in 20 years a computer won’t be the most creative entity on the planet. There are already computers that can paint original works of art. So, in 20 years who knows how far it’s going to go?”

The third area belongs to those who cater to the unpredictable, but the jobs are also unpredictable in nature — for example, a plumber who services emergencies, in different areas, at any time of day.

Authors Karie Willyerd and Barbara Mistick think the trick to staying relevant in the workplace is the ability to Stretch, and such is the title of their book. In it, they urge us to “stretch how we learn, stretch to stay open in our thinking, stretch to build diverse networks and experiences, and stretch our motivation.”

In preparing for a stretch mindset, Willyerd and Misteck have created three specific calls to action, or “Stretch Imperatives” —

In order to implement these, the authors consider grit, resilience and motivation as the key traits you need, in order to prepare for the future, however uncertain it may be. While all of this seems scary, and diving into a fast-changing, unpredictable workplace may feel daunting, the automation of menial tasks will open up a world of opportunities that we can’t imagine, right now.

Thirty years ago, if you told somebody that one day, we would all carry a device in our pockets that could connect us to the whole world, and answer almost any question, they wouldn’t believe it.

Imagine what could change in another thirty years from now.