Challenges faced by megacities – what are the responses? 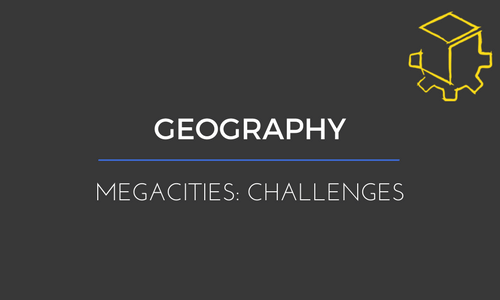 Challenges faced by megacities – what are the responses?

Set in the Indian megacity of Mumbai, the movie provides a realistic depiction of the challenges faced by individuals, and more broadly, communities in these large urban agglomerations. Such challenges include a lack of access to employment, housing and shelter, transport infrastructure, and the poor establishment of sewage systems contributing to the absence of a healthy living environment.

The Rio Government’s strategy to build the Olympic facilities was to the detriment of favelas, displacing thousands of individuals. Those who live in shantytowns, slums and favelas have no legal rights over the land in which they inhabit – hence rationalising the Rio government’s decision to destroy communities to make way for an international sporting event. Sadly, the Rio Olympics is not the only example of where individuals have been displaced due to the informality of their housing. Another example includes the 2010 Commonwealth Games in New Delhi, where the government practiced forced evictions of populations within shantytowns and slums.

However, it doesn’t only take large events such as the Olympics or Commonwealth Games to displace individuals, as the lack of access to adequate housing is such a widespread and pressing issue faced by communities in the developed world; posing as one of the greatest modern humanitarian crises. 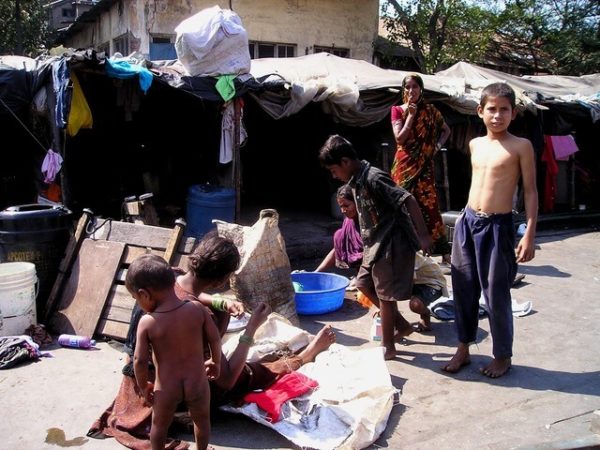 Site and service projects are one of the responses to the lack of shelter and housing in mega cities. This project aims at providing tracts of urban land, which are divided into plots, and provided with basic support services, for example electricity, water and sanitation. These plots are then sold or leased to those who choose to build their own homes on. This idea has been implemented in Mumbai.

However, as discussed above in the challenges associated with a lack of access to housing and shelter, there are great limitations to the implementation of site and service projects, including the reality that governments have not been active in promoting change to improve the living standards of residents to informal housing arrangements.

The lack of access to employment poses as one of the largest challenges in which those living in mega cities face.

For this reason, many megacities operate within a ‘dual economy’.

A dual economy creates a multitude of negative ‘spin off’ effects, how many can you think of? (HINT: think of how persons in the informal economy don’t pay taxes… what are the implications of this?)

Many NGOs provide micro financing to small vendors in megacities to legalise and register the business to become recognised by the government, hence eliminating some of the key implications which the dual economy creates.

Not only responding to the dual economy, however also the lack of access to transport infrastructure – the creation of formal employment can be achieved through government projects to improve public facilities. 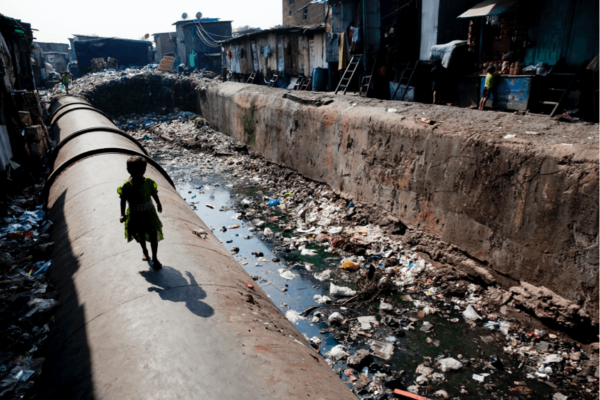 A child walking along a polluted drain system one of Mumbai’s slums. Source: Kosmos Journal

Another challenge faced by mega cities is the establishment of water and sewage. This includes lack of safe drinking water and untreated sewage waste, as well as a multitude of other issues. In response to this, many NGOs and Human Rights campaigns are attempting to prevent ‘night soilers’ or the ‘untouchables’ in Mumbai, who are the people in which the government employs to clear the sewage systems, often in very unsanitary and risky situations.

Water Connection in Manila is an initiative funded by the Filipino government in 2010, which aimed at improving the access of clean water to the urban poor. This initiative proved to be successful for the locals, as the poorest 20% paid three times less for water than what they used to pay. Furthermore, to facilitate individual connections, pipes were sometimes laid above ground to lower costs and provide for cheaper maintenance.

After reading this short blog post and in conjunction with your own research – what can you conclude about the responses to the challenges of megacities? Are they effective, ineffective, only sufficient to provide a solution in the short-term or are they sustainable for the longer term?