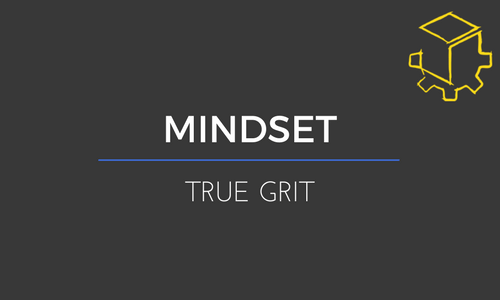 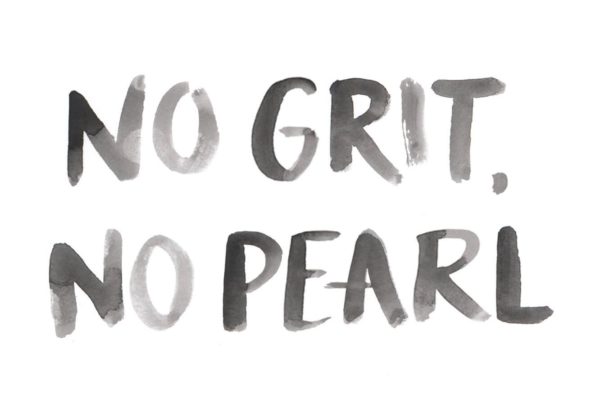 Ah, that classic story about a young girl, hiring a lawman to chase down a renegade who killed her father. No, wait, that’s True Grit, the 2010 Western film remade from a John Wayne classic. This true grit is a better story. It’s the story where you achieve great success in your life, find out what you’re truly made of, and see better results than those who claim they didn’t have the “odds in their favour”, or were born on the “wrong side of the tracks”. This is your story.

Well, it could be. Grit isn’t something that everyone intuitively understands, but it can be a learned skill. It’s one of the defining traits of anybody who has ever achieved anything in their life. It’s the dogged, determined pursuit of what you want, no matter the odds, or even because of them.

Angela Duckworth, in her bestseller Grit, talks about the differences between people who apply grit to their life, and those who don’t. As she quotes, “Our potential is one thing. What we do with it is quite another”.

So, what does that mean for you? It means that you may have coasted through your life as the smartest kid in the class. You may have never studied for a test because it was too easy. You may have gotten good grades because you understood the material better than everyone else. Were you the “smart kid” in class? Have you been told that you’ve been intelligent your whole life? Well, the startling news, and it’s been proven with excellent studies, is that that intelligence means exactly diddly squat in the real world.

That’s the bad news. There is good news. As Duckworth says in her book, “as much as talent counts, effort counts twice as much”. So, if you feel like you’ve been the dumb kid. If you’ve been routinely told you’ll never amount to anything, or that you haven’t been born as lucky (whatever that means) as anybody else, than you should be comforted by that fact. Grit, not intelligence, is the way of the world. And those who perform harder and work longer, and try more avenues to success, in other words, those who have grit, are those who become successful, happy, and healthy.

It’s tough to hear this message. It’s tempting to think that successful people are CEOs or rich businessmen or top athletes because they’ve been fortunate. Duckworth talks about this too. “Nobody wants to show you the hours and hours of becoming. They’d rather show the highlight of what they’ve become.” 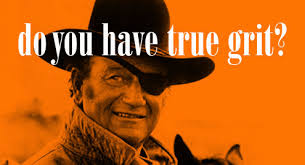 So, if you’re smart or dumb, if you’ve been lucky or unlucky, if you’ve been tall or short or fat or slow or whatever else label you’ve heard about yourself, that doesn’t matter. It just doesn’t. The only factor that pulls you through, the only thing that sticks in the sieve of time is grit and determination. Everybody can outhustle the competition, and that’s the exciting message about grit. Anybody can have it and everybody can use it.

By all means, watch the movie True Grit. It’s a wonderful film and Matt Damon and Josh Brolin are excellent. But even better, develop your own story of true grit. It will serve you better over the course of your whole life.

Further Reading: If this message intrigues you, we here can’t highly recommend enough Angela Duckworth’s book Grit. Along those lines, we’d also like to suggest Mindset by Carol Dweck and The Obstacle is the Way by Ryan Holiday. They all talk about the principles of determination and pushing through no matter what’s in your way. 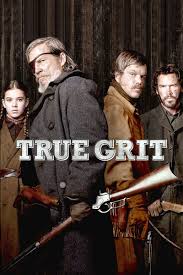 500 Tips Of Summer (actually, more like 5): How To Use Your Holidays To Their Full Potential

Is Optional Homework A Good Idea?

HSC CoWorks And Always Staying In The Zone Due to the number of upcoming assessments/exams for students, HSC CoWorks will be OPEN on the Monday Public Holiday, June 13th! ...

Thank you to everyone who donated to the Humpty Dumpty donation for the balmoral burn🔥🔥 congrats to Georgia, Kira and Charli for making it to the top of the Hill🏃🏼‍♀️🏃🏼‍♀️ ...