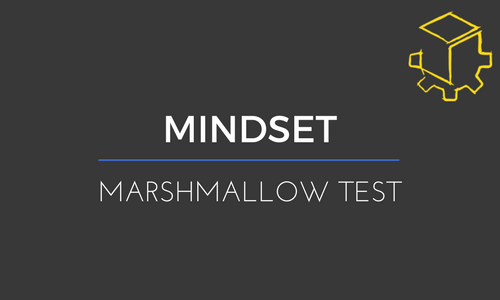 Don’t Eat That Marshmallow – It Could Make You Money

If you have the time, google “Marshmallow Experiment Kids”. It’s a simple experiment that’s designed to show off your natural tendencies. But it also happens to be hilarious. The premise of the experiment is this: A kid is sat down in front of a plate with a lone marshmallow on it. They are told that they have two choices. If they would like, they can eat the marshmallow now. However, if they wait until the researcher returns in a few minutes, they can get two marshmallows. The researcher leaves and watches the kid’s reactions.

Some kids gobble down that marshmallow as fast as humanly possible. Some kids just look at the marshmallow, smell it, feel it, play with it in their hands. Others try to distract themselves by singing or not looking at it. One kid in an experiment actually cries as they are eating the marshmallow. While some kids fail (although eating a marshmallow hardly counts as failing) to wait for the researcher to return, others succeed in waiting and end up getting two marshmallows which they happily eat.

The Pleasure of Waiting

So, although there is an entertainment value to this test, it also shows up something unique in all of us: our ability to delay gratification until later or give in to pleasure now. And this test matters because it is a pattern that follows us for the rest of our lives. This test was first performed many years ago, and they noted the results and followed the kids later on in life to see how they turned out. Without exception, the kids who were able to delay gratification ended up having better jobs, happier marriages, higher salaries, and even retired earlier in life. They understood how to delay the pleasure until later to get something done right now.

But this test isn’t bad news. It doesn’t condemn someone to a life of just giving in to whatever pleasure they have in front of you. You can learn to do better in your own life, as long as you know that delayed gratification involves some practice and technique.

The kids who did well all had a strategy. They sang, they talked to themselves, they even turned their physical chairs around so they wouldn’t see the marshmallow. All the kids were tempted to eat it, but those who came up with a plan succeed far more often than those who didn’t.

So, what’s your plan to succeed? How are you going to push aside the distractions that tempt you? It could be the online games you want to play, some extended time browsing on social media, watching Netflix or YouTube. These things tempt everybody, but those who can put off those instant gratifications can get their study done, finish off their work, and earn their pleasures later on.

Make a plan to succeed by timing out your work times. Reward yourself with a 10 minute YouTube break after an hour’s study. Turn the Wi-Fi off your laptop until you’ve finished your work. Plan out your pleasures now, because they never go away. You can learn to delay them until your work is done.

It’s a proven measure of success, and we feel that HSC is the perfect “marshmallow” test for how well you can handle the distractions. You can do it, and we can help you come up with your own plan.